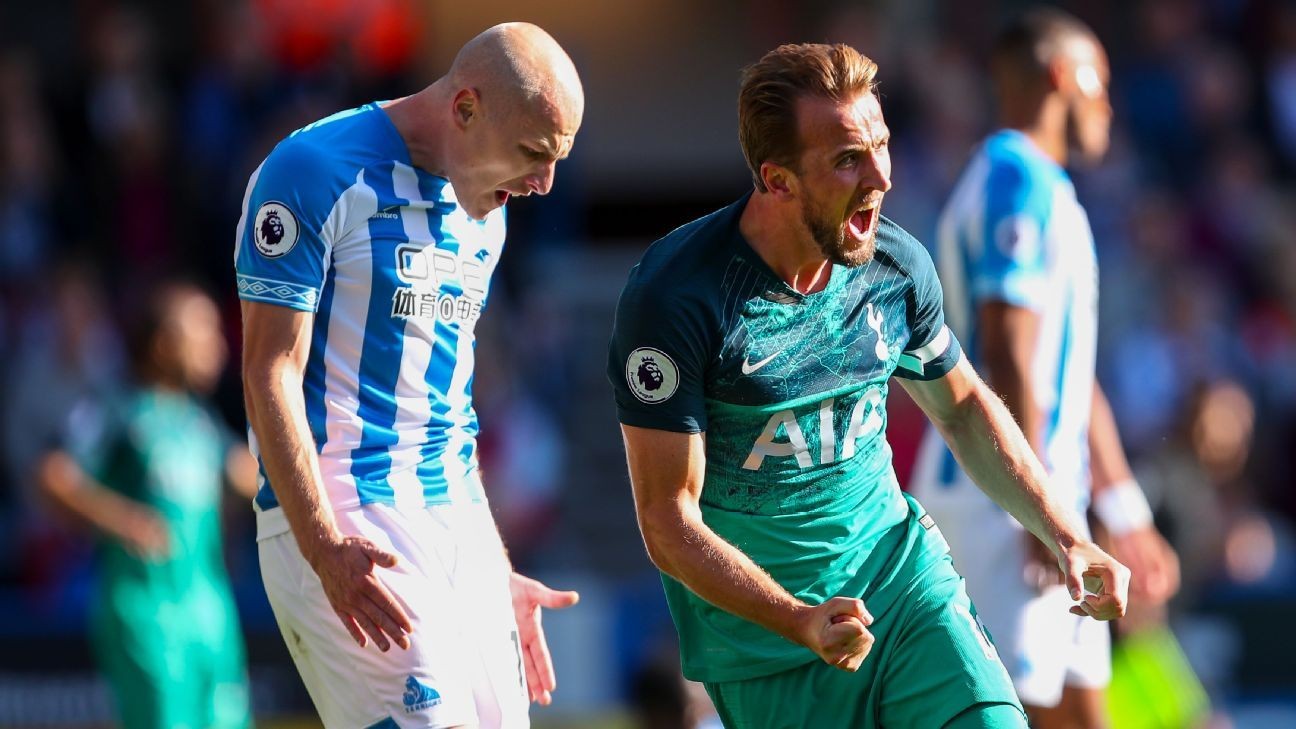 After fighting at the very top for most of the season, four defeats in the last six Premier League (PL) rounds means Tottenham’s place in the top four is now under threat in the final stages of the campaign.

Indeed, just three PL teams have taken fewer points from their last five matches than ‘Spurs’ (W1, D1, L3). Offering some comfort, is the fact they won their first ever top-flight home match at their new stadium last week, taking their unbeaten home run in the league to five (W4, D1).

Additionally, Tottenham have failed to score in just two PL home games this season (of 15), and have netted three goals or more on five occasions. Curiously, a full third of those home matches featured the exact same 3-1 result (W4, L1).

]
Huddersfield, meanwhile, look the ideal opponent for any team needing to break a negative pattern. The visitors have lost ten of their last 11 league matches, including their last five in a row.

Furthermore they’ve failed to score in seven of their last eight PL road trips, and an average of 0.58 goals scored per PL fixture (home/away) is the division’s worst. On the road, they’ve also conceded an average of 2.8 goals across their last five outings.

Players to watch: Heung-Min Son (TOT) has three goals in his last four matches for club and country, and scored a double in this fixture last season. Action-man Christopher Schindler, meanwhile, has one goal, six yellow cards and one red for Huddersfield this season.

Stat attack: Tottenham are one of three teams yet to feature in a goalless match this PL season.

Just over half of Tottenham’s PL victories this campaign (11 of 21) have come by a margin of two or more goals.

Since Huddersfield’s promotion in 2017, they’ve lost all three H2Hs, conceding eight goals to no reply.